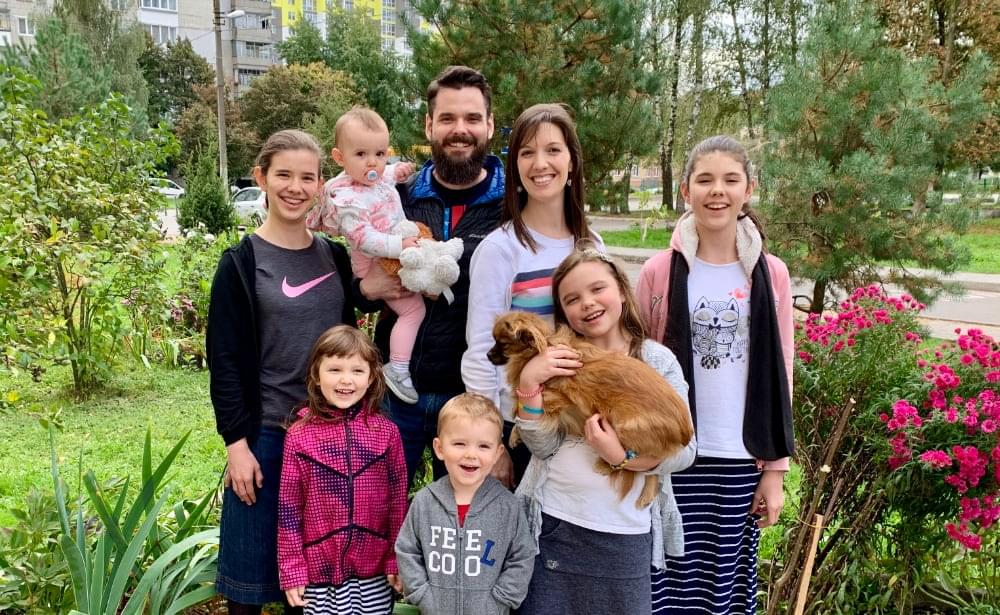 Joshua and Kelsie are missionaries enjoying life as best friends, serving their Savior, and raising up their children to honor Him.

Joshua has been ministering in Ukraine since 2001, and has also served in Mexico, Hong Kong, Thailand and the United States. Kelsie took part in mission trips to Taiwan, Mexico, and Romania prior to her calling as a wife and mother. She and Joshua were married on September 18, 2004, after which they returned to Ukraine as a couple.

Joshua and Kelsie are founding members of Euro Team Outreach and coauthors of Bible First. During the summer months, Joshua leads ETO’s Carpathian Mountain Outreach, preaching the Gospel in the Ukrainian language in mountain villages. He also preaches regularly at various local churches in L’viv.

Kelsie oversees the training and schooling for their six children: Abigail, Rebekah, Hosanna, Kathryn, David, and Mia. Additionally, she enjoys blogging at kelsie.me.

The Steeles currently reside in L’viv, Ukraine. Both Joshua and Kelsie speak the Ukrainian language fluently and are actively involved in the lives of the Ukrainian people.

To receive our newsletter, please enter your email below.